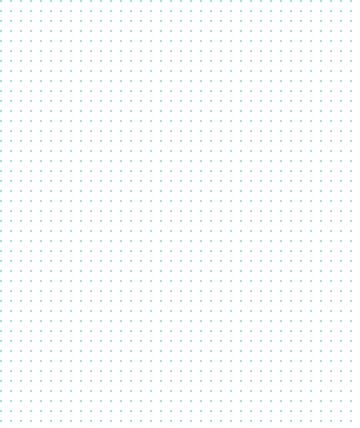 The Labour Standards Development Authority in Sharjah was established by an Emiri decree issued by His Highness Sheikh Dr. Sultan bin Muhammad Al Qasimi, Member of the Supreme Council and Ruler of Sharjah, in June 2014, to facilitate an ideal work environment in Sharjah. The authority aims at providing support to workers and employers in cooperation with government stakeholders and private institutions, to enhance the performance of this sector, and assist it to keep pace with the rapid developments witnessed by the Emirate of Sharjah in particular and the UAE in general.

The LSDA’s mere establishment reflects the cultural virtues of the Emirate of Sharjah and comes in line with the UAE laws and policies protecting human rights without discrimination based on religion, nationality, race, or social status. Its establishment is a proof of tolerance, coexistence, and social fraternity among members of our society and our respect for the noble human values. All this is but a manifestation of the human and civilization dimensions in the UAE.

The authority seeks to shed light on the experience of the Emirate of Sharjah and the UAE in preserving the rights of workers through clear policies and laws regulating the relationship of workers with their employers to ensure a stable work environment that preserves the rights of all parties. The LSDA’s establishment represents an expression of appreciation for the significant role workers play in the development process, highlights their effective social role, and our belief of workers as real partners in boosting the country’s growth. Supporting workers is a moral commitment expressed by His Highness the Ruler of Sharjah, who has always been calling for taking care of the workers who contribute to the construction effort of the emirate.

The Labour Standard Development Authority appreciates the role of workers and their employers in the comprehensive economic development being a major party in the production process, a partner in the development move of the Emirate of Sharjah, and in consolidating the distinguished global position of the United Arab Emirates in all levels and fields.

Since its establishment, the authority has launched many initiatives, programs, projects, and activities that serve workers and employers, such as the International Labour Day Festival, the Annual Labour Sports Tournament, a forum for the labour sector in Sharjah. It also organized many educational and awareness workshops, free medical examinations campaigns, and entertainment activities on all local and international labour occasions. These initiatives are conducted with the support of the Sharjah government and in cooperation with the local community.

In recognition of its outstanding efforts, LSDA has been honored with the Excellence Award in the Application of Geographic Information Systems (GIS), which is presented to organizations that promote innovation and experimentation in GIS implementation. The Authority has also won the EGI Award, which is presented to institutions that incorporate the latest international standards formulated by the independent selection commission during GIS Workshops & Exhibitions (Gisworx 2017). In 2018, LSDA has also won the 2017 Outstanding Achievement Award in the Geographic Information System from the International Environmental Systems Research Institute (ESRI).

Welcome to the website of the Labour Standards Development Authority in Sharjah, hoping it will provide you with sufficient information on what the Emirate of Sharjah provides for its labour environment to attract workers and employers alike. It is for this purpose, in particular, that this authority was established by an Emiri decree showing the keen interest of His Highness Sheikh Dr. Sultan bin Muhammad Al Qasimi, Member of the Supreme Council and Ruler of Sharjah, to boost the work environment in the Emirate of Sharjah. LSDA was established to provide support to employers and workers and to coordinate on this regard with the relevant government and private sectors. LSDA seeks to raise the performance level of the labour environment to keep pace with the overall development in the Emirate of Sharjah and the UAE.

The Labour Standards Development Authority is keenly interested in applying the vision of our wise leadership and government to promote tolerance and peace among our society and to facilitate economic strength, fulfilling the aspirations of nationals, and residents, investors, workers, and employers. LSDA strives to achieve excellence and upgrading its institutional performance to reach the top performance and become a role model in the development of the labour environment.

The authority also adopts the best standards followed globally and tailors them to the local standards. It implements many programs and activities that serve workers and employers, including The Labor Day Festival, the Labour Sports Tournament, and the Forum on Sharjah Labour Sector. It also implements many awareness workshops and campaigns of free medical checkups for workers, and entertainment activities for workers in all local and international occasions, with the support of the Sharjah government and in cooperation with the local community.

To keep pace with the rapid growth in the country and current changes in the finance and business fields, we began to design, develop and implement our strategic and operational initiatives and programs as an integrated system of strategic goals that collectively constitute an integrated picture of the road map and reference for LSDA staff.

I hope that by implementing this plan, LSDA will gain the confidence and support of more strategic partners, gaining support and places in the hearts and minds of the nationals and residents of the Emirate of Sharjah, especially workers and employers, and to contribute in the growth and prosperity of our society.

We welcome you to the website again and will be happy to answer your inquiries.

We welcome you to the website of the Labour Standards Development Authority in Sharjah. The LSDA’s projects, activities, and events highlighted here are aimed at meeting the needs of the workers and employers, in coordination with the public and private sectors. Since its inception in 2014, The authority has been striving to boost the work environment in the Emirate of Sharjah.

The scope of work assumed by LSDA comes in line with the main values ​​of the Emirate of Sharjah, and its keen interest to empower individuals to achieve their ambitions. The authority is doing so through coordination with the public and private sectors to meet the needs of workers and employers.

To this end, the authority organized awareness, sports and entertainment events and competitions for workers and employers, held awareness lectures and seminars on health, safety, and legal rights and responsibilities, in order to motivate workers and boost productivity in the labor market.

The activities conducted by the LSDA are in line with the laws and regulations of the Emirate of Sharjah and UAE and reflect the coexistence and values ​​of social fraternity among members of our society. Our main objective in the authority will remain to work for the benefit of workers and employers, to protect their rights, appreciate the great efforts they exert, and maintain close coordination with all our partners in the public and private sectors.